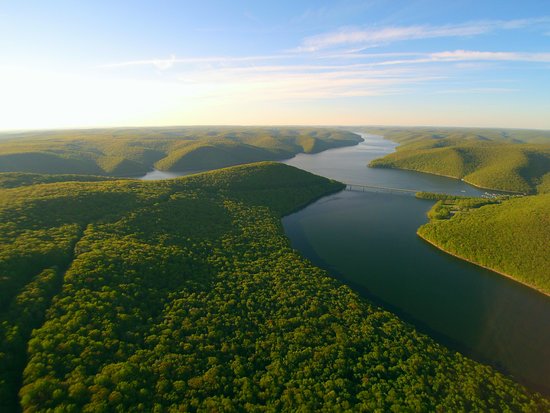 Although many of us use outdoor recreation spaces extensively, this may be a year when our state, county, and city parks have been more valuable to us than ever before. We may think of Pittsburgh and Pennsylvania as places with expansive amounts of green space available almost anywhere in the state that you live, and that’s true. We’re lucky to have access to plants and animals all across the state. However, there are factors we may not be aware of that can limit the resilience of these green spaces, and particularly the wildlife with whom we share them.

What are Wildlife Corridors (and why do they matter)?

First things first: as the Endangered Species Coalition puts it, a wildlife corridor is an:

“area of habitat connecting wildlife populations separated by fragmentation,” which is beneficial because “habitat loss and fragmentation are the biggest drivers of species decline and extinction worldwide. Fragmentation reduces the ability of wildlife to migrate, find mates, disperse (establish new territories), and may limit their access to food and water. Fragmentation also limits wildlife’s ability to adapt to climate change.”

​So in what ways do wildlife corridors help human Pennsylvanians? I was surprised and intrigued to learn that there is not a single or simple answer to this question. In fact, speakers highlighted educational, health, and economic benefits in addition to the benefits to wildlife themselves. Since the panel included participants from a range of regions across the commonwealth and from a variety of expertise, I was able to delineate some clear benefits. 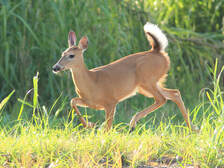 The revelation I found most striking, from Dan Ardia, biology professor at Franklin and Marshall, brought to my attention that even rural regions of Pennsylvania that I associate with green spaces are in danger. Green spaces abound in Pennsylvania, but their fragmentation by private lands, highways, and development keep them from being resilient. If deer in one patch of woods can’t breed with or use the resources from a nearby patch of woods, they can become less genetically diverse, more susceptible to illness, and generally less strong.
​
As panelist Katie Hess of the South Mountain Partnership pointed out, Pennsylvania has already invested a great deal of money in protecting green spaces, but unless corridors allow them to thrive, those past investments may be at risk. Green spaces that have smaller populations of animals and fewer animal species struggle to adapt to change, so connecting existing green spaces with corridors ensures these green spaces will continue to thrive in the future.

Pennsylvania House Representative Mary Jo Staley, who sponsored the house resolution to research corridors, started the discussion with an explanation of green spaces’ importance to her life. As a child, Representative Staley participated in Girl Scouts, where she learned a great deal and developed a love of Pennsylvania’s natural beauty. Preserving these green spaces will allow future generations of scouts and other young people to learn more about the environment in their own back yards, which support an array of reptiles, insects, migratory birds, grasses, trees, and even well-loved mammals like deer.

From Western Pennsylvania, Dr. Rebecca (Becky) Thomas of Slippery Rock University’s Parks and Conservation department described the role green spaces have played in Pennsylvanians’ lives in 2020 in particular. Preserving clean, healthy, inviting spaces means Pennsylvanians will have access to exercise and recreational activities, but Thomas also pointed out the extent to which nature can help improve our mental health, too.

Furthermore, Dr. Mary Ann Bruns, of Penn State’s Soil and Microbiology department held up the school’s work with a “living filter” to demonstrate the ways in which protected green spaces may also function as a tool to protect wastewater quality.

And, of course, many of us are all aware of the benefits of trees on air quality–a particularly important point to me, since Pittsburgh’s air quality definitely can use whatever help it can get.

Almost every speaker talked about the tourism dollars made in Pennsylvania from our green spaces. Many people might think of hunting and fishing as Pennsylvania’s main attractions, but of course there’s much more! Any Google Search will remind you of the numerous and magnificent bird migrations that stop off in Pennsylvania, not to mention the returning Eagle populations across the state (including in our own backyard). The Appalachian Trail passes through Pennsylvania. The Youghigheny’s whitewater rafting is highly sought-after, and Fall foliage from Lancaster in the south-east to the Kinzua Bridge State Park in the North-West attract sightseers and photographers each year. 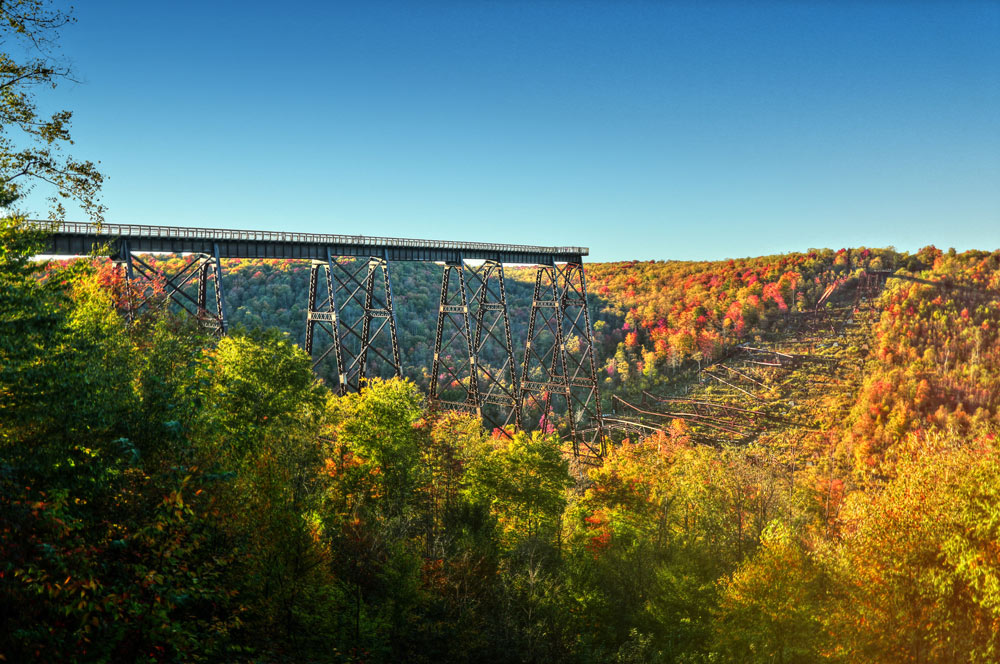 Tourism dollars are a boon to a lot of rural communities in Pennsylvania, but green spaces provide other benefits, too, from keeping pollinator populations healthy to benefit agriculture to helping to absorb and purify waste water before it enters the water table (or washes a house’s foundation or street down a hillside).

In addition to encouraging your legislator to support the house resolution to research corridors, there are plenty of ways that readers can support wildlife movement between spaces. 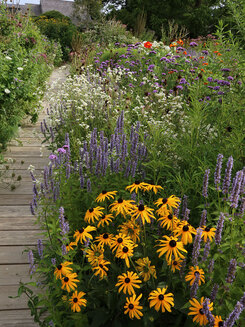 My favorite part of the November panel discussion focused on turning your backyard into a corridor. You might only have a postage-stamp front-and-back-yard in the city, like me, or perhaps you have more space in a suburb or rural area. Simple things we can do include keeping invasive species out of your yard, not going for a meticulously-manicured lawn, creating a pollinator garden, and especially supporting native trees for migratory birds to rest or nest in, especially those that will support insects that are a part of migratory birds’ diets.

One word of caution: in my neighborhood, many of my neighbors like to feed the deer, but think twice before doing that. You don’t want to lure deer near busy roads where they can create a hazard to drivers. Your city yard is a great corridor for pollinators and birds, but not necessarily so much for larger animals like deer. Those in rural communities can support deer populations, though, by minimizing the amount of fencing you use to separate your land from adjoining woods or fields where deer might be moving.