Groundhogs, also called woodchucks, are common throughout Pennsylvania. Of course, we are all familiar with the most famous Pennsylvania groundhog, Punxsutawney Phil, who predicts the end of winter each February. However, a groundhogs’ feeding and burrowing may cause conflicts with humans from time to time. Damage can especially be problematic on farms, in home gardens, orchards, and nurseries. However, there are many techniques to help humans and groundhogs live harmoniously.

The first issue when dealing with wildlife conflicts is to accurately identify the animal causing damage. It’s important to note that groundhogs hibernate from early November to late February, so if you are experiencing damage during that time, it is likely from another animal, such as deer or rabbits. If you are confident that a groundhog is the one causing damage, there are several techniques you can use to address the issues.

If you do have a conflict with a groundhog, please avoid calling Animal Care and Control, or a pest control company.  By state law, these animals must be killed when trapped by professionals, and it’s typically not done in a humane way.  Common means of killing by wildlife control companies are injecting acetone into the animal’s chest with a syringe and drowning, both very inhumane and unnecessary. 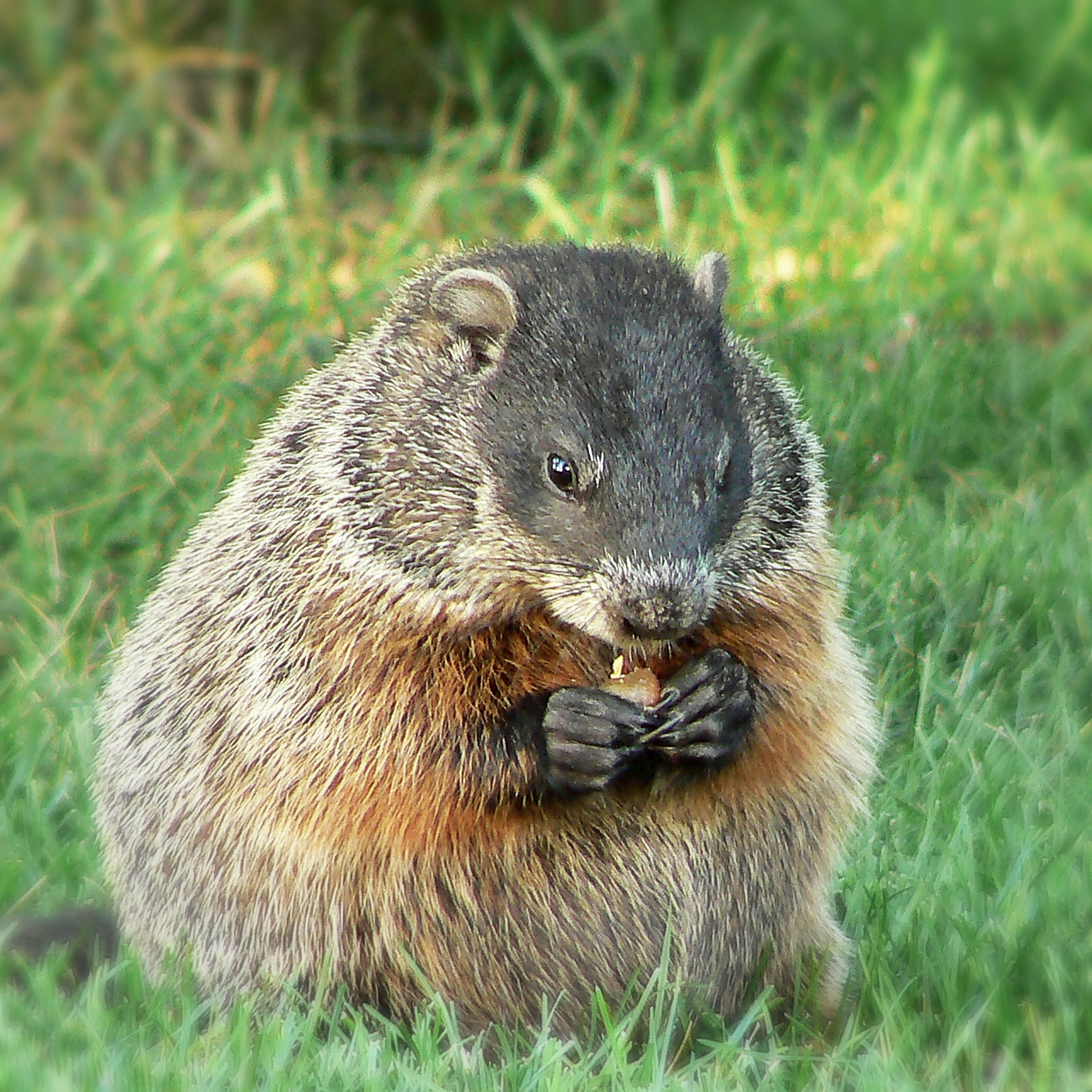 Groundhogs are an important part of the ecosystem, providing food for coyotes, foxes, weasels, badgers, hawks, and eagles. Their burrows give shelter to amphibians, reptiles, smaller rodents, and even larger animals like foxes.

Humans and groundhogs have coexisted for years without conflict. If you have a groundhog burrow on your property and don’t have any conflicts with it, please consider letting it be.

If burrows are problematic to your land, eviction and exclusion are recommended. Groundhogs can be harried from burrows by harassment or by disturbing the burrow system. However, there is only a small window of time in the year when this can be done humanely, so timing is crucial.

Breeding females have dependent young in their burrows from late winter until spring or early summer, and eviction during this time would be inhumane. Females will resist abandoning their young, even under great duress. However, if you wait too late in the year when groundhogs put on wait and secure a suitable location to hibernate, you will impede their winter survival. As such, the best time to evict is from mid-late summer or between early July and late September. If you watch closely, you may actually see the young groundhogs as they first venture above ground. If so, you can begin eviction about three weeks later with relative assurance that it will avoid affecting the offspring.

Before you close a burrow, make sure you test for activity. Loosely plug all of the burrow entrances with grass clippings, newspaper, or similar material, and then monitor activity to determine if the burrow is currently vacant. If, after three to five days in clear summer weather, the material has not been disturbed, you can assume the burrow is unoccupied. At this point, you can use heavy-gauge, welded fencing wire (with no larger than three-inch squares) to close burrows. Follow these simple instructions:

If the burrow system is occupied, you must use harassment to remove the animals. To do so:

Groundhogs like to navigate in fairly high vegetation. As such, removing vegetation around burrows can create insecurity and, with other eviction methods applied simultaneously, can encourage them to abandon a burrow system. During the course of the year, groundhogs routinely move between burrow systems and a burrow may be abandoned or unoccupied for weeks or even months before it is reopened. 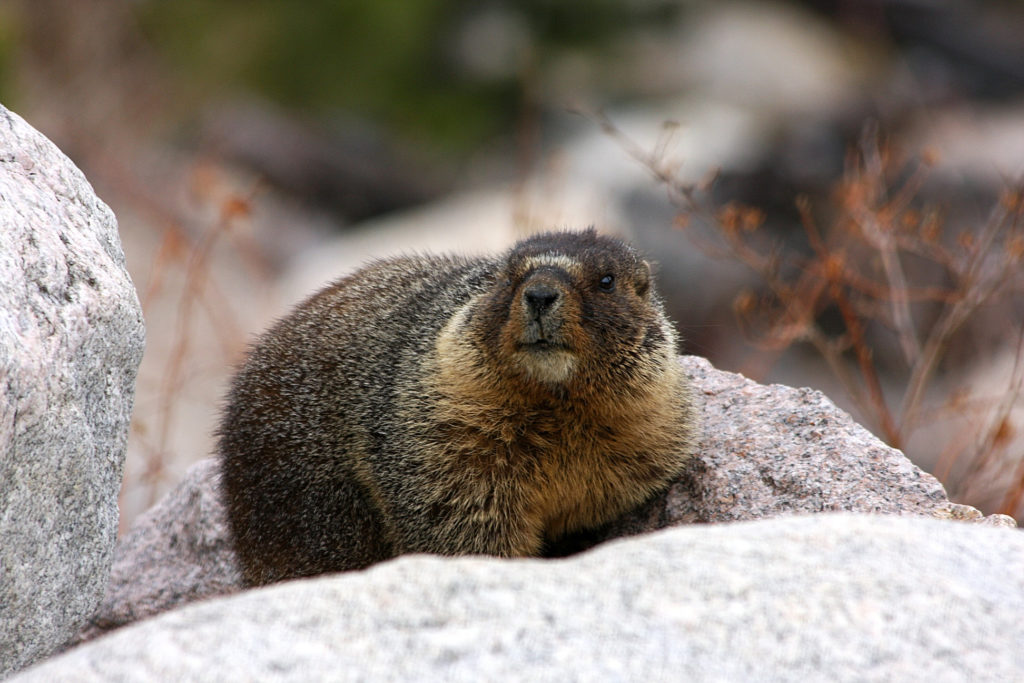 Eviction from Yards and Gardens

Even though groundhogs are good climbers, you can protect a garden with fencing. Fences work best when protecting relatively small areas. At a minimum, a successful fence should:

As cautious animals, groundhogs can be frightened by new objects in the environment, such as silver Mylar helium balloons or a beach ball suspended in the air. These scare devices may keep them away temporarily but are more likely to be effective if they are changed frequently. 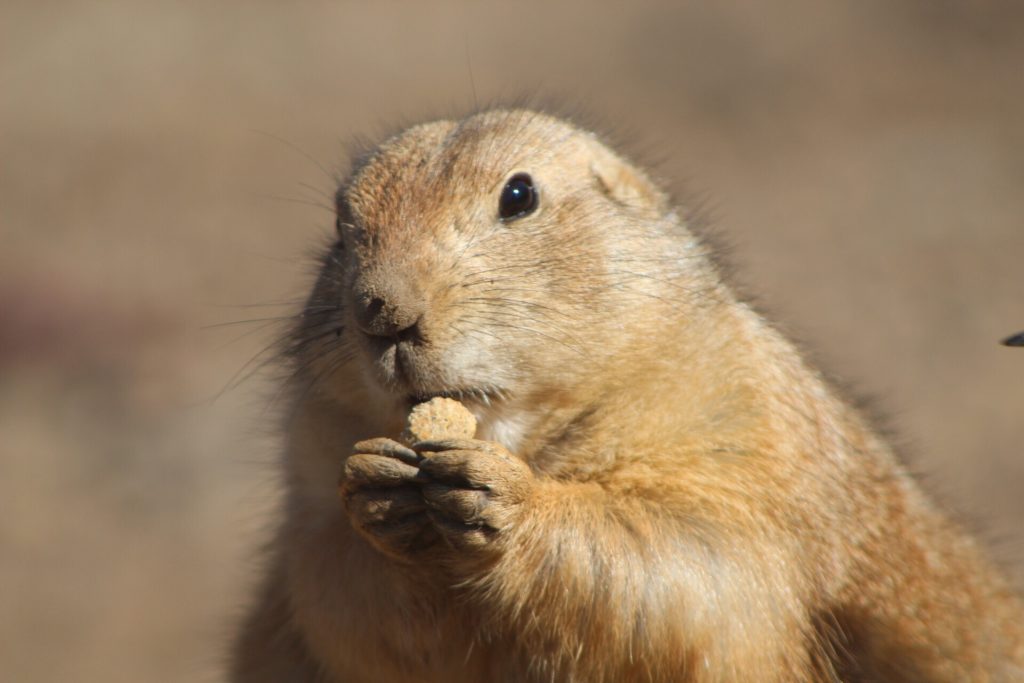