What Lies Beneath: A Look at the Destruction Caused by the Commercial Fishing Industry

As someone who loves visiting the beach as often as I can (which is not frequently given I live in land-locked PA), a trip that includes the ocean in its sprawling glory is always a treat. There are sun-soaked days spent jumping waves and peaceful nights that drift into a new day, lulled by the siren song of the waves as they crash onto shore. 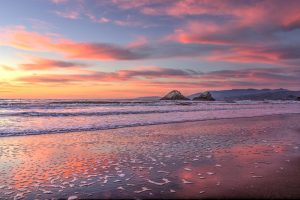 But what isn’t included in that soundtrack is the insidious underbelly of the marine fishing industry. The practices lurk just beyond tourists’ view and aren’t a common part of public knowledge.

Responsible for catching 93 million tons of wild fish and cultivating 48 million tons of farmed fish annually (according to World Atlas), the commercial fishing industry is taking a terrible toll on the environment. 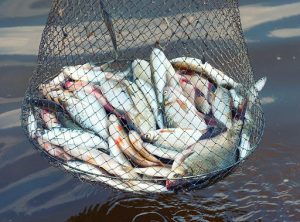 From practices such as bottom trawling (where fishing boats drag huge nets across the floor of the ocean, scaring up fish and other unintended victims from the depths) and longline fishing (where long fishing lines studded with multiple hooks catch fish, but also more than they bargained for, including sea birds, turtles, and whales), the industry is depleting oceans of their natural wildlife and destroying entire marine ecosystems. Coral reefs are ripped from the ocean floor. The resulting sand and debris excavated in the process leads to further damage, blocking sunlight from reaching underwater plants. 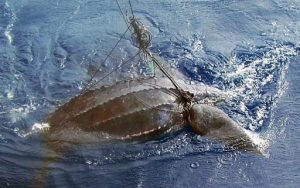 Other commercial fishing industry techniques are just as destructive. Blast fishing is aptly named: explosives are used to kill fish in large quantities. Cyanide fishing uses the poison in the practice’s name to stun fish long enough to be captured, and later, killed. These two types of fishing also destroy the environments in which the explosives or cyanide are released, causing even more destruction in their wake.

Bycatch—where marine species who are not the intended victims of the commercial fishing industry are scooped up into huge fishing nets accidentally, and injured or killed in the process—is another issue. Global bycatch may amount to 40% of the world’s catch, totalling 63 billion pounds per year, according to Oceana’s report. 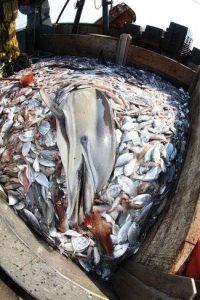 Aqua farming also creeps behind the scenes, where many fish are confined in small spaces for one reason—to be raised for food. As reported by Animal Equality, these fish can spend their whole lives (up to two years) in captivity.

As one can imagine, this leads to dirty conditions for the captured fish. Because aqua farms are either cordoned-off sections of the ocean with nets serving as containment or boxes on land without access to fresh water, the entire unit becomes a cesspool. Imagine swimming around in your own feces and other waste with no outlet or way to flush the toilet. It’s not only waste these fish are forced to live in — the water also contains antibiotics and pesticides. These are common ways aqua farmers seek to reduce the number of (unsurprisingly) diseased fish who survive the traumatic ordeal until it’s dinner time. Aqua farms spread these conditions further into the ocean and its wild fish, as well as to humans who consume any fish living in or around these circumstances. And it isn’t any better for fish populations, as it takes five pounds of ocean fish to produce just one pound of farmed salmon. 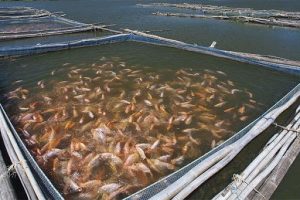 As demonstrated above, we know the act of fishing is harmful to marine life and ecosystems. The debris and gear left behind after the expedition is, too. Buoys, lines, and nets account for more than two-thirds of large plastic debris found in oceans based on this study, which sought to put numbers to the vast amount of plastic pollution of the world’s oceans. 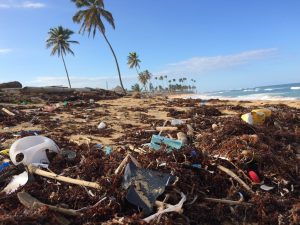 All of the above practices have led to overfishing, where, as World Atlas puts it, “fish populations are reduced to below dangerously low levels, resulting in reduced growth, resource depletion, and sometimes unsustainable population sizes.” With World Wildlife reporting that the number of overfished stocks globally has tripled over 50 years, something has to be done to protect our scaly friends, or the view from the shore may become much starker. After all, how great could an ocean be without the marine inhabitants who call it home?

Now that you have some insight on the destruction of the commercial fishing industry on the world’s oceans, it’s time to consider how to go about reversing the damage. There are choices we can make individually and collectively to stop the missile of annihilation aimed at marine life in our oceans.