On Tuesday, March 23, four people were arrested after a HAP member found ten pigeons convulsing on the ground near the Frick Building downtown Pittsburgh on Thanksgiving Day last year. An investigation revealed they ingested a chemical called Avitrol, which is illegal to use in Pittsburgh thanks to the Amendment HAP wrote and helped pass in March 2020 that prohibits any person or entity from harming any wild bird. 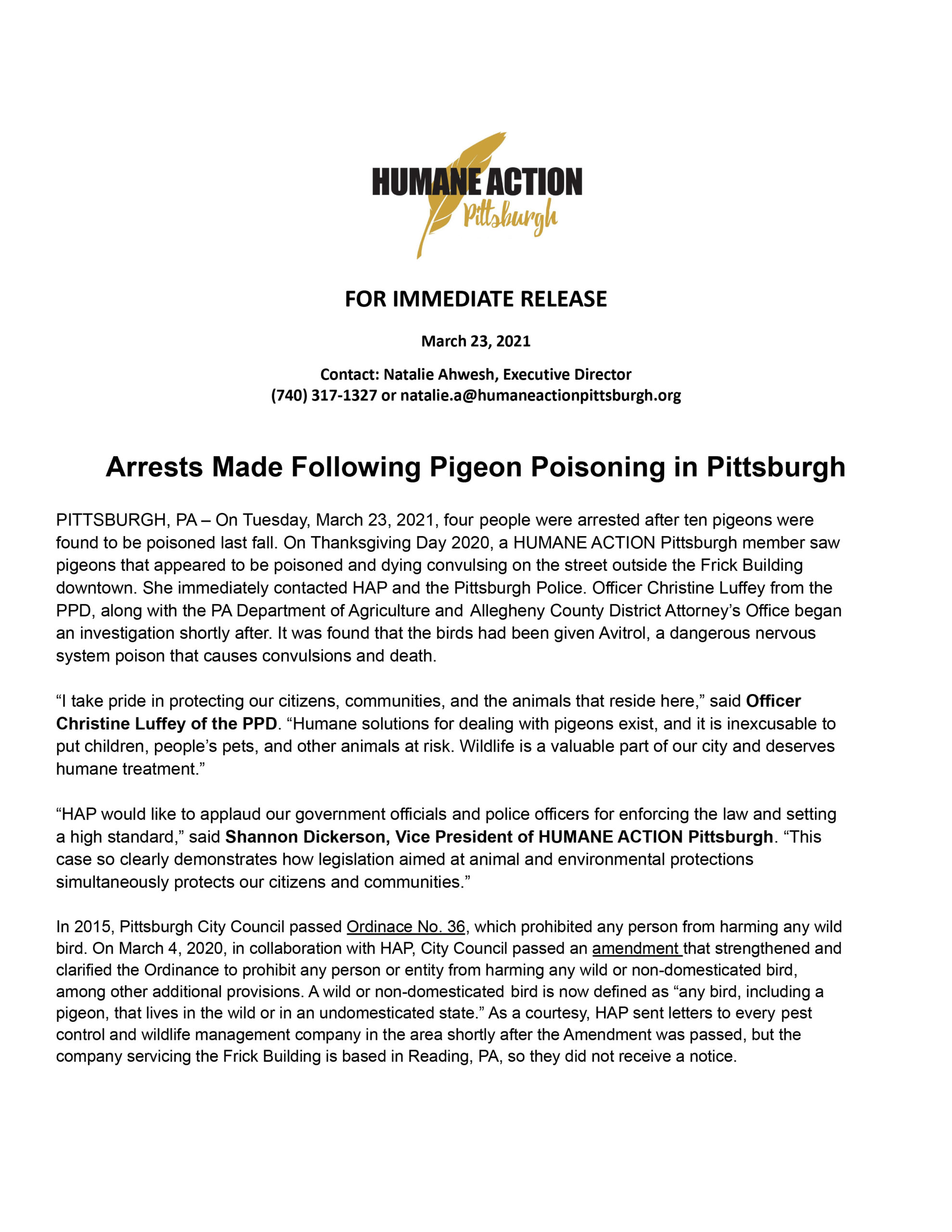