“The Tiger King” – Exploitation or Entertainment? 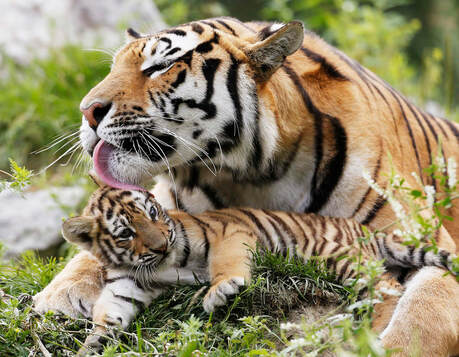 Across social media, it seems everyone is posting about viewing the documentary “The Tiger King” on Netflix. Released at almost the same time as orders from governors across the US to stay inside and limit or eliminate interactions with other people, the documentary was advantaged by a captive audience. It has generated numerous memes and jokes about the individuals shown, and a dissection of the craziness of their lives.
​
One thing that has been missing, however, at least until recently, is a discussion about the treatment of the animals by people such as Joe Exotic and others portrayed. Instead of discussing the antics of Joe, et. al., we should be discussing how these animals were treated, all in the name of providing “entertainment” to those of patronized the establishments.

Currently, the majority of animals housed within Joe’s facilities are now in sanctuaries, where they are free to live their lives.  If not exactly in their own natural habitats, at least they are free from further harm at the hands of the owners of the roadside zoos where they once resided.

Private ownership of big cats is a unique issue within the US. There are no federal laws that prohibit owning a big cat. Currently, thirty-two states have some form of ban in place, while fourteen states allow ownership with proper licensure. Four states have no laws on the books at all. Organizations such as Big Cat Rescue, run by Carole Baskin, one of the individuals featured in the series, are pushing for all-encompassing legislation that will stem the tide of the problem of big cat ownership by individuals who most likely do not have the animals’ best interests at heart.

Introduced in the House on 02/26/2019, the Big Cat Public Safety Act, H.R. 1380, seeks to revise requirements governing the trade of big cats (i.e., species of lion, tiger, leopard, cheetah, jaguar, or cougar or any hybrid of such species).  Specifically, it revises restrictions on the possession and exhibition of big cats, including to restrict direct contact between the public and big cats.