The Rise of Lab-Grown Meat 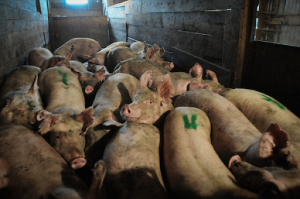 Worldwide, 70 billion land animals and trillions of marine animals are slaughtered each year to feed an unsustainable demand for meat that’s eating away at our planet. The vast majority of these animals are raised by the practice of factory farming where they experience abuse in extremely crowded and rancid conditions for the entirety of their short lives. However, a recent scientific advancement could not only mitigate animal slaughter, but also benefit the environment: lab-grown meat.

What is Lab-Grown Meat?

Lab-grown meat, as daunting as it may sound, could hold the key to fixing our broken food system. Instead of requiring the death of an animal for meat, the process of lab-grown meat starts with the careful extraction of a small number of muscle cells from an animal. From there, the cells are placed in a controlled environment where they can naturally replicate and mature, eventually resembling ground meat. Therefore, because it has the same animal cells traditionally considered as “meat”, lab-grown meat isn’t artificial and is—in fact—real meat. Once ready, standard conventions for packaging and shipping meat are used to deliver the meat to the consumers. Overall, this process can be likened to brewing beer; however, instead of growing yeast or bacteria, scientists grow animal cells. 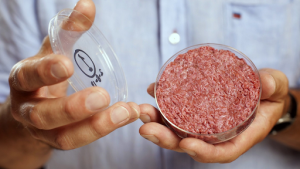 A common question surrounding the idea of meat cultivated in a lab pertains to what it would be categorized as: is it considered vegetarian, nonvegetarian, or vegan? Although there is no clear-cut answer, it is important to remember that lab-grown meat contains cells taken from real, living animals, making it nonvegetarian. That being said, if the primary reason an individual chose to follow a vegan or vegetarian diet is due to animal slaughter, then perhaps cultivated meat would fit their lifestyle since it doesn’t involve putting the animals in any pain.

Furthermore, meat cultivated in a lab offers a variety of advantages. As aforementioned, producing this meat inflicts minimal pain on animals, a far cry from the traditional exploitation, abuse, and slaughter of sentient animals. Rather, the animals would only experience slight pain momentarily, similar to what we feel when getting a routine blood test, during the extraction of its cells.

Another benefit of lab-grown meat is that it’s much healthier for consumption. Because cultivated meat producers don’t use antibiotics, this meat addresses the growing concern of antibiotic resistance among humans. Essentially, this problem originates from factory farms administering high amounts of antibiotics to the animals to keep them alive in the grotesque conditions of the factory. However, this overuse of antibiotics also strengthens bacteria, rendering antibiotics ineffective. According to the WHO, at least 700,000 people die due to antibiotic-resistant infections annually—a number that is expected to increase to 10 million by 2050 if factory farming continues to be the norm. Consuming lab-grown meat would prevent this problem completely, making it a safer alternative. Along with the disuse of antibiotics, cultivated meat also doesn’t require synthetic growth hormones—another additive given to animals that have been the subject of debate over their potential negative impacts on human health, including their effects on puberty, and cancer. Thus, lab-grown meat doesn’t contain the harmful supplements found in traditional meat, but it does contain the same amount of protein. This meat can even be altered to contain less cholesterol and saturated fat in each cut while increasing the number of vitamins, minerals, and essential amino acids and fats.

Another significant advantage of lab-grown meat is that it can slow climate change. Research has already proven that factory farming is an environmental danger, driving deforestation, pollution, global warming, and other planetary hazards. For instance, the production of one kilogram of beef requires 15,414 kg of water on average while nearly 80% of the world’s agricultural land is used to raise cattle. 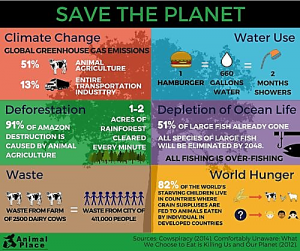 Lab-grown meat would eradicate the need for these resources allowing the large areas that were initially intended for livestock to be redeveloped for other purposes, such as carbon capture. Ultimately, lab-grown meat powered by renewable energy sources would result in a net positive for the planet.

Today, we don’t know whether lab-grown meat will ever be able to replace traditional meat. Scientists are still working to perfect their products and provide nutritious meat at consumer-friendly prices. Thanks to the rise in innovations—such as UCLA’s new “microcarrier” which helps culture meat cells grow quicker and Good Meat’s plans to build the world’s largest bioreactor which could supply thousands of restaurants with beef and chicken—consumers around the meat may be able to incorporate lab-grown meat into their daily lives sooner rather than later.

For now, here are a few startups to keep an eye on in the lab-grown meat industry:

Still have lingering questions about lab-grown meat? Click here to listen to our podcast with Paul Shapiro, the best-selling author of “Clean Meat” and HAP advisory council member.