The Life of a Thanksgiving Turkey 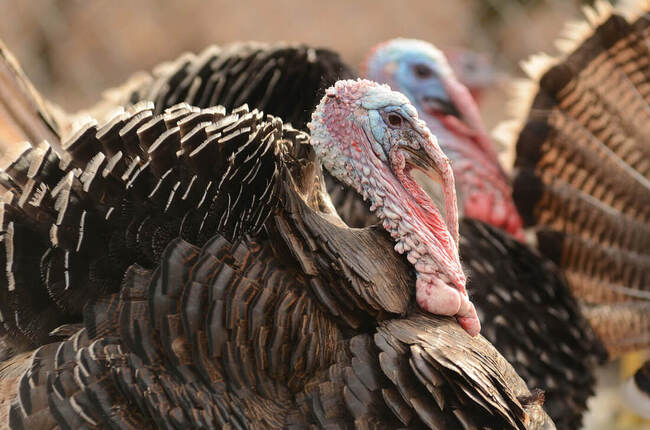 This year, more than 49,000,000 turkeys will be served as part of Americans’ Thanksgiving feasts. This will be the end of a short and miserable life for a bird that was once referred to by Benjamin Franklin as a “respectable bird” and a “bird of courage.” Turkeys, like chickens, are some of the most abused animals on the planet as part of the world’s food system. The average lifespan for a wild turkey is 10 years, yet domesticated turkeys, such as those on factory farms across the country, are killed at the age of 5 or 6 months. These birds do not live comfortable lives before they are slaughtered, either. Instead, they are taken from their mothers, kept in large sheds with very little light, and fed so much so quickly that many times their legs break under their own weight. Dead birds are discarded, but injured and diseased birds are still deemed safe for human consumption. This, after the birds spend their time on earth living on floors covered with feces, dead birds, and other waste. There is no benefit in keeping these areas clean on factory farms, because the turkeys are nothing more than a commodity. As noted by the Food Empowerment Project:

“In industrial animal factories, turkeys know nothing of a natural life. The goal of industrial farming is to manipulate an animal’s nature to make them grow as fast as possible with the least expense. For turkeys, this flawed equation involves intense confinement, genetic engineering and a series of painful mutilations. Turkeys raised for “meat” bear little resemblance to their wild ancestors. The industry has no regard for the animals’ instincts or general well being-they are treated strictly as a commodity.” 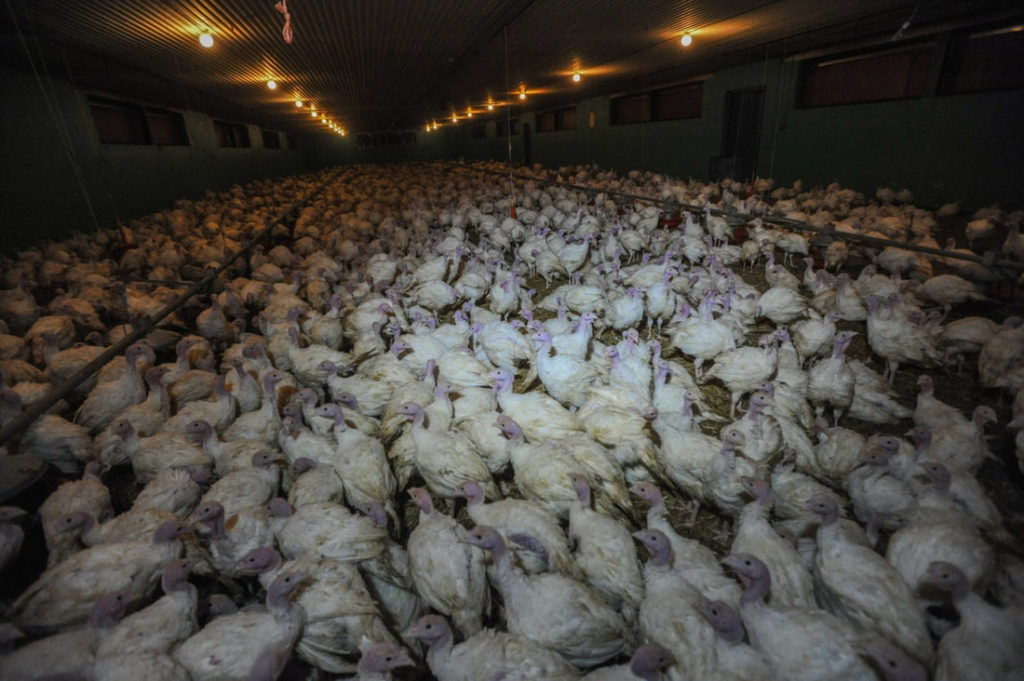 The following are some facts about turkeys, courtesy of One Kind Planet:

Turkeys are intelligent and affectionate animals, who enjoy having their feathers stroked and are able to recognize the faces and voices of people. They have multiple ways to communicate, utilizing different sounds to vocalize to other turkeys. This behavior is very similar to that of dogs, but we would never think of making a dog the centerpiece of a holiday gathering. Tradition is one thing, but clearly the cruelty inherent in the farming of these beautiful creatures is something that should be considered when planning a meal. This year, why not consider an alternative? There are numerous commercial products that mimic the taste and texture of turkey without the cruelty, from companies such as Tofurkey, Gardein, and Trader Joe’s, to name a few: 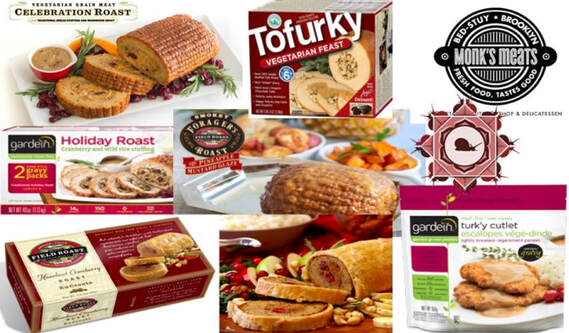