When you think about dairy farms, you’d like to imagine a bucolic pasture with cows leisurely munching green grass. Most cows aren’t so lucky. At factory farms, cows frequently suffer cruel and inhumane treatment practices. 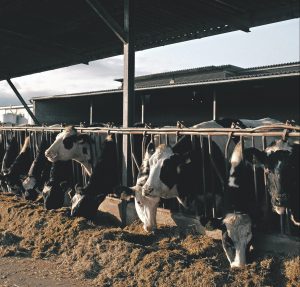 Photo by Oriol Pascual on Unsplash

As part of my research for this blog post, I watched Animal Outlook’s expose, Dairy is Dead on Arrival. An investigator spent two years working undercover inside several factory farms. The horrors she witnessed and documented on video are beyond disturbing. Some of the barbaric practices include:

Erica Meier, president of Animal Outlook, says “Some farms might be less cruel than others, but there is no such thing as cruelty-free milk.”

In addition to the atrocities in the documentary, there are common abusive practices prevalent throughout the industry.

Because cows only produce milk while pregnant or nursing, they are repeatedly impregnated by artificial insemination. It starts not long after their first birthday. Farmers force the female cows into a narrow trap, known as a “cattle crush,” where they are brutally impregnated.

After giving birth, cows lactate for 10 months. None of the mother’s milk, however, will go to feed her calf. Instead, the newborn will typically be callously separated from the mother within a day. According to wildlife experts, a strong bond occurs between a cow and her calf at birth. Grieving mothers often bellow and cry out for days after separation from their babies.

Where do those calves go? Females end up in the same traumatic cycle as their mothers. The males are sold to be raised as veal (its own hell) or slaughtered. When lactation ends, the cows are impregnated again and again, perpetuating the cycle. 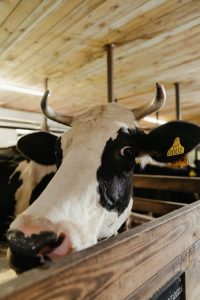 Photo by cottonbro from Pexels

In addition to repeatedly impregnating cows and stealing their babies, farms confine female calves to individual pens, often forcing them to spend their lives standing on concrete floors.  Others are subjected to massive and crowded lots where they live amid their own feces.

To produce more milk, the cows are pumped full of antibiotics and hormones. Painful inflammation of the mammary glands, or mastitis, is common among cows raised for their milk. Udder infections are one of dairy farms’ most frequent reasons for sending cows to slaughter.

Though their natural lifespan is two decades, most cows are sent off to slaughter after four or five years when their milk production wanes. Stressful conditions on factory farms cut their milk production years by half. Disease, lameness and reproductive issues render them worthless before their time. 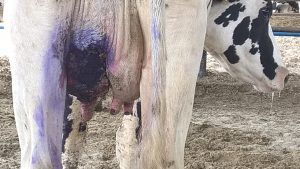 Dairy Farming’s Impact on the Environment

The environment also suffers as a result of unsustainable dairy farming practices. Cows and manure release methane, nitrous oxide, and carbon dioxide into the atmosphere. These toxic greenhouse gases contribute to climate change, an issue that now seems undeniable as the world experiences extreme weather, wildfires, and melting glaciers.

In addition, farms that poorly handle manure and fertilizers can degrade local water resources, poisoning endless miles of groundwater, rivers, and streams. Unsustainable dairy farming can also lead to the loss of ecologically important areas that include wetlands, prairies, and forests. 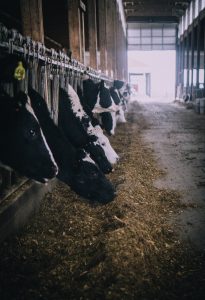 Photo by Amber Kipp on Unsplash

What We Can Do to Help

The best way to save cows from misery and abuse, as well as help support the environment, is to stop buying cow’s milk and other dairy products.

When you think about it, cow’s milk is intended for calves, not humans. In fact, humans are the ONLY animals on the planet that drink milk from a different species.

Before you start mourning your milk and cookies and pizza, there are plenty of tasty vegan options to choose from these days. Here’s a list of 17 dairy-free milks to try, such as almond, coconut, soy and cashew milk, to name a few. In addition, many grocery stores carry plant-based alternatives for staples like butter, yogurt, ice cream, and cheese.

Concerned about how ditching milk will impact your calcium consumption and bone health? You’ll find plenty of nutrient-rich, plant-based sources of calcium. And if you haven’t heard, some studies suggest that greater intake of milk and dairy products is NOT associated with a lower risk of osteoporosis.

It’s time to put our money where our mouth is. When we speak with our wallets, we force the dairy industry to listen.