As a kid growing up in the suburbs of Pittsburgh, I loved going to the Pittsburgh Zoo. I would choose the zoo over Kennywood any day, because as far as I was concerned, it was much more interesting. As the zoo added new animals and exhibits, I would beg to go, and sometimes my begging would work, although no one else in my family seemed as enthusiastic as me. As an adult, I still loved going to the zoo, and would drag my husband there at least once a year. 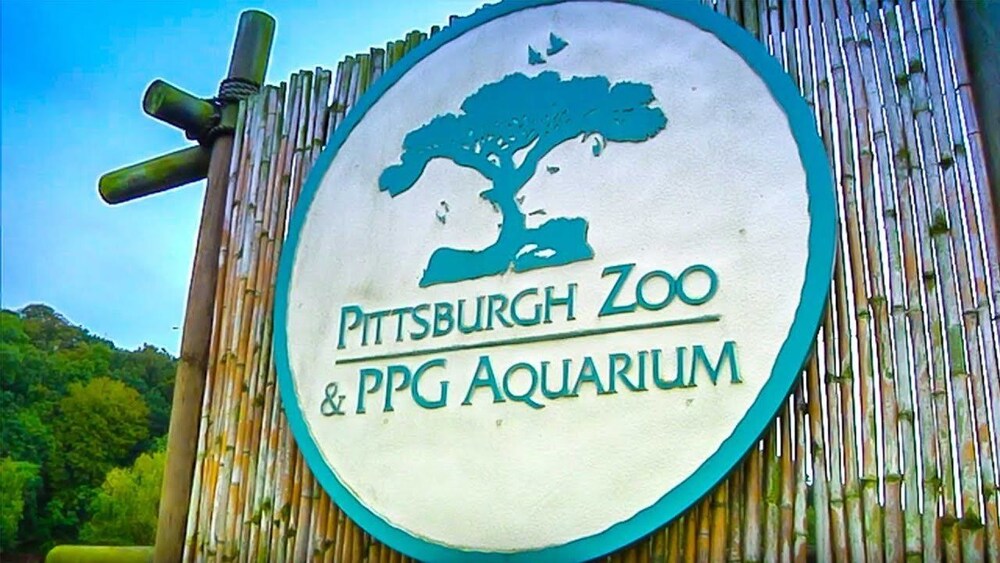 ​When I went vegan 8 ½ years ago, I struggled with the idea of zoos. On the one hand, they professed to be helping in conservation efforts, but on the other hand they were taking animals out of their natural habitat in order to entertain humans, when sanctuaries and wildlife preserves could provide the same, and sometimes even better interaction with animals rather than seeing them caged in unnatural habitats designed to mimic their real homes. It made me angry. However, I eventually came to peace with the idea that zoos would exist, and they would not disappear overnight, and comforted myself with the knowledge that most were good caretakers with genuine interest in animals, and the bad zoos would be found and shut down in no time. The Pittsburgh Zoo and PPG Aquarium fell into the category of good caretakers because I would constantly hear about the accreditations and the measures they took to keep their animals healthy and safe, and even contribute to conservation efforts. Unfortunately, that is no longer the case when it comes to the Pittsburgh Zoo. Since 2015, the zoo has been in violation of its lease agreement with the City of Pittsburgh, as it has not maintained the level of accreditation as outlined in the lease for the zoo itself.

Accreditation is not something to take lightly, as the measures outlined create uniform requirements and provisions for the overall protection of all animals. There are two major accrediting bodies that apply to zoos (other than the USDA) and they vary greatly in their requirements as noted below and listed in the following table.

​Accreditation by the Association of Zoos & Aquariums (AZA) ensures that highly qualified, knowledgeable, and experienced professionals provide care for animals in a safe and secure environment at modern facilities. In contrast, the deceptively named Zoological Association of America (ZAA) has weak standards, accredits poorly run roadside zoos and private menageries, and promotes the private ownership of exotic pets and the commercialization of wildlife. The comparison chart below illustrates a few of the many important differences between the two organizations. (Humane Society of the United States) 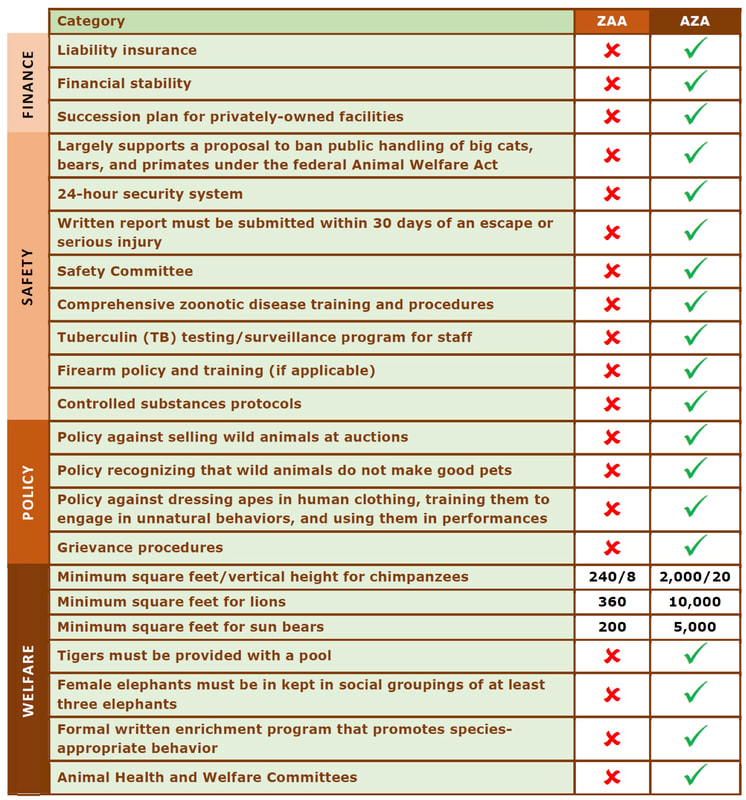 The Pittsburgh Zoo was a long-time member of the AZA until it decided to drop the accreditation for the ZAA after issues with the care of the elephants in the zoo were pointed out. The Pittsburgh Zoo has consistently been called out for its subpar treatment of elephants, even as recently as January of this year.

The zoo has also had multiple violations noted by the USDA regarding their treatment of elephants in both the zoo and its affiliated elephant breeding facility located in Somerset, PA. In addition, as the City of Pittsburgh discussed and eventually passed the Bullhook Ban in 2017, the zoo sent multiple employees to City Council hearings to stress the fact that the ban would endanger their lives – statements that were not backed up by the prevalent research into the use of bullhooks, and the zoo claims they do not use the bullhooks on their elephants, which would clearly violate the ordinance. Rather than correct the issues regarding their elephants, the zoo decided to adhere to the lesser provisions of the ZAA instead.

As noted, the ZAA accreditation designation is in violation of the zoo’s lease with the City. ​On top of this, Barbara Baker, the zoo’s President and CEO, is also the head of ZAA, which presents a clear conflict of interest – how can one trust her decisions when she is the head of the agency accrediting her own organization?

If you are a resident of the City of Pittsburgh and care about having a zoo that adheres to the most basic and beneficial standards of care, please reach out to City Council and urge members to ensure that the zoo adheres to the agreement of its lease with the City. As a non-profit that benefits from the use of free water and sewage, services that residents pay for, the Pittsburgh Zoo should provide the best care to the animals in its facilities, and citizens should demand as such.