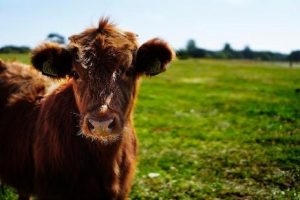 Now that the hustle and bustle of the holidays has settled, it’s time to turn our attention to Veganuary, an annual challenge run by a non-profit organization in the United Kingdom during the month of January. The challenge began in 2014 and aims to support people in their pledge to go vegan. What started as a monthly challenge, however, has developed into a substantial platform for the promotion of veganism.

The vision of those dedicated to the mission of Veganuary is a world without animal farming and slaughterhouses; a world where producing food does not endanger animals, pollute rivers and oceans, adversely affect climate change, and destroy forests. It’s a lofty vision, but every victory, large and small, is one step closer to achieving their wonderful goal.

Last year’s campaign saw monumental success. More than 620,000 people from over 220 different countries and territories were supported in their pledge to go vegan. There were also more than 1,540 new vegan products and menus launched during the challenge. Veganuary was able to achieve such success through national and international campaigns and by working with businesses to drive up vegan food choices in restaurants and supermarkets. Support on a more personal level can be obtained on the official website, Veganuary.com. All resources on the website are free and include a blog, recipes, tips to get started, nutrition facts, and a list of restaurants that include vegan choices including Hard Rock Cafe, Dominos and Burger King.

A vision of this magnitude requires a tremendous amount of support. Veganuary ambassadors, such as actor Joaquin Phoenix and television personality and influencer Lucy Watson, are using their platform and standing up to promote veganism. Veganuary also partners with like-minded groups such as Animals Australia, The Vegan Society, and Greenpeace which affirms their mission to use non-violent creative action to pave the way towards a greener, more peaceful world, and to confront the systems that threaten our environment. Sponsors include AVEDA, a 100% vegan hair and skin care line, eatplanted, a team that created and marketed a plant-based meat alternative, and many more. 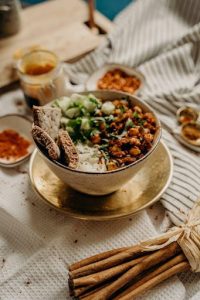 Let’s take a look at what veganism entails and how it would truly impact our world. Veganism is consuming only foods composed of plants and avoiding all animal products including meat, dairy, eggs, and honey. A vegan diet would typically include foods such as whole grains, vegetables, fruit, beans, seeds, and nuts. A vegan lifestyle doesn’t end with diet, however, and includes not wearing fur, leather, wool, down as well as refraining from using any products tested on animals.

So why do all of this? The obvious answer is animal cruelty. The quality of life for animals on factory farms is appalling. They are mutilated, confined to extremely small areas, drugged, and generally mistreated. But it is so much more than that. The effects of animal farming are far reaching and not only negatively impact animals but also our planet and our health. Animal waste from animal agriculture is the leading cause of pollution in groundwater and rivers. Also, according to the United Nations Food and Agriculture Organization, animal agriculture causes environmental problems such as contamination of aquatic ecosystems, soil and drinking water from manure, pesticides and fertilizers; acid rain from ammonia emissions; and greenhouse gas production.

And if that doesn’t spur you to start your vegan journey, then consider the fact that animal fats and proteins are linked to heart disease, colon and lung cancer, osteoporosis, diabetes, kidney disease, hypertension, and obesity. And not surprisingly, according to the American Dietetic Association, a vegan diet reduces the risk of all these illnesses. For more information and support regarding a plant-based diet, please refer to HAP’s Get Healthy Pittsburgh! program and documentary. This amazing program coaches participants daily on how to prepare balanced meals, short cut food prep, incorporate more activity in less time and so much more.

There are many ways to support Veganuary during the month of January and all year long. Donating to the cause, making veganism a workplace challenge for the month, and of course giving the vegan lifestyle a try, even if only for a month, will all greatly contribute. And don’t forget to check out their website, Veganuary.com, for great tips and more ways to help. 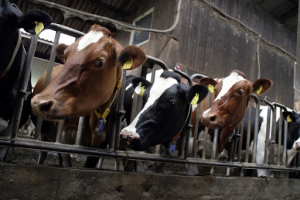