Defying the Odds: From Brokendown Racehorse to Lifelong Companion

Most people get excited when I tell them I own a horse that was bred to run. I’m met with a thousand questions: “how do you get one?” “how much did he cost?” and, most importantly, “how much money did he win?”

First and foremost, I never say I rescued a horse from the racetrack. That’s not true. He was bought from the track. Actually, I got him from someone that originally got him from the track. She took great care of him. I can’t emphasize enough that he was anything but a rescue situation. The majority of former racehorses aren’t considered rescues. 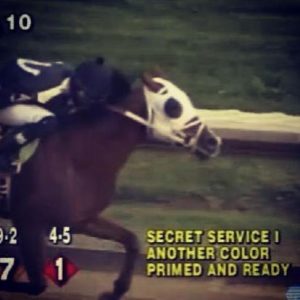 I bought Secret Service I when I was 16, but had many horses before that. They were all old, safe, and reliable. Above everything else, they were healthy. I felt ready for something tougher. Like any sport, you move up. It’s just in this sport your key to success has its own brain, body, and soul. Horses are also prey animals, meaning they’re hunted by mountain lions, coyotes, wolves, and humans. From my perspective, this means an animal will do anything to survive. It’ll hide pain to the point that it can no longer move. I’ve seen this firsthand.

It’s a well known secret that the horse racing industry is dirty. However, there have been some strides to make it better. Due to public scrutiny, the Horse Racing Integrity and Safety Act has just recently been enacted.

But things still weren’t really improving in the industry when Secret came into my life. I will give the racing industry one benefit of the doubt. They do try to repurpose some of these horses when they’re deemed “not good enough.” Notably, they’re dirt cheap. What most fail to realize is there’s a reason they’re not winning. More often than not, they’re in incredible pain.

Secret always stood a little funny our first year of having him. His head would be down, and his legs would sprawl out. I didn’t think much of it. I honestly brushed it off to his aloof personality. Horses are normally pretty interactive and experience a lot of emotions, ranging from excitement, fear, to even jealousy. Not Secret. He didn’t really want to be brushed or doted over. He preferred his space. I respected that.

Those should have been my first clues that something was really, really wrong.

He started to lose weight pretty rapidly. I was feeding him a lot and consulted my vet to get him on a nutritious diet. Nothing was working. Horses eat a lot to begin with.

As time went on, things got even worse. It got to the point that he was at least 200 pounds underweight nor could he even bear weight on his back. One time, his pain was so intense, he thrashed, reared, and eventually collapsed in his stall. At only 6 years old, the end was very near for Secret. 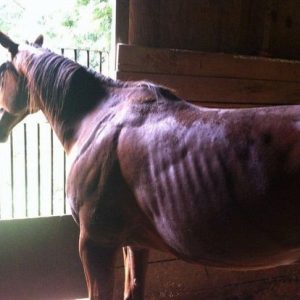 We had to keep a note from the vet saying that he was under care. Otherwise, we were afraid an innocent onlooker would report us for animal neglect if they saw the state of him in our pasture.

I had a very difficult decision to make as a very young teenager. Do I investigate more answers (mind you, this cost a lot of money)? Do we prepare to humanely euthanize him in his best interest? Or do we see if he just heals on his own? We weren’t prepared to euthanize him and the bills had already piled up enough, so we just left him alone hoping that might be the answer. Over a couple of months, his condition deteriorated even further. He lost so much muscle mass, he couldn’t retract his penis any more, and eating was just excruciating for him.

Long story short, we found a solution through a chiropractor. Secret, due to an incident at the track, dislocated his whole sacrum. It’s an incredibly rare and painful injury. It’s life-ending if not resolved.

Secret went on to have a very successful career with me. He has one won multiple awards and titles. 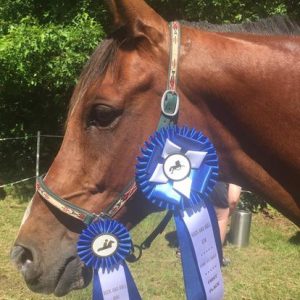 Again, that’s not the point.

I have had him for almost 10 years and still ride him regularly, but not without constant maintenance and upkeep. His sacrum, to this day, requires chiropractic adjustments, special massages, and leg stretches. Sometimes he even gets acupuncture.

Horses are started really young on the track. This means when an injury occurs, it is lifelong. It is not “cool” to own a former racehorse. It’s expensive, time consuming, and requires a lot of dedication.

There are more options now than ever to own one as rehabbing and retraining programs are part of the track industry’s way to make amends. New Vocations is the largest racehorse rehabilitation and retraining program in the country and allows future owners to access all veterinary records before adoption. They also partner with ASPCA.

If you want to adopt a racehorse, do it the right way–unlike me. Be prepared. But most importantly, give the horse love because he probably never experienced it before. 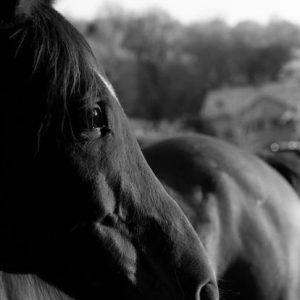