Raccoons, groundhogs, and skunks are part of wild, wonderful Pennsylvania. HAP is working on a campaign to educate residents of Allegheny County and beyond on humane harassment techniques that serve as an alternative to trapping.

The City of Pittsburgh has one of the most inhumane and ineffective trapping programs for a city of our size in the country. Outside the city, most wildlife management companies are not any better. Not only does trapping not solve the problem residents are facing with wildlife, but by state law, rabies-vector species (raccoons, groundhogs, skunks) MUST be killed.

Each year, hundreds of animals are euthanized by Pittsburgh’s Animal Care and Control – at taxpayer expense. Trapping these animals doesn’t solve the problem and should only be used for emergencies, such as an animal in your living space.

Not only would humane solutions help animals and create a lasting solution, but also save thousands of taxpayer dollars and the valuable time of our Animal Care and Control officers. The vast majority of wildlife “conflicts” are created by humans, and most wildlife pose no risk of rabies. 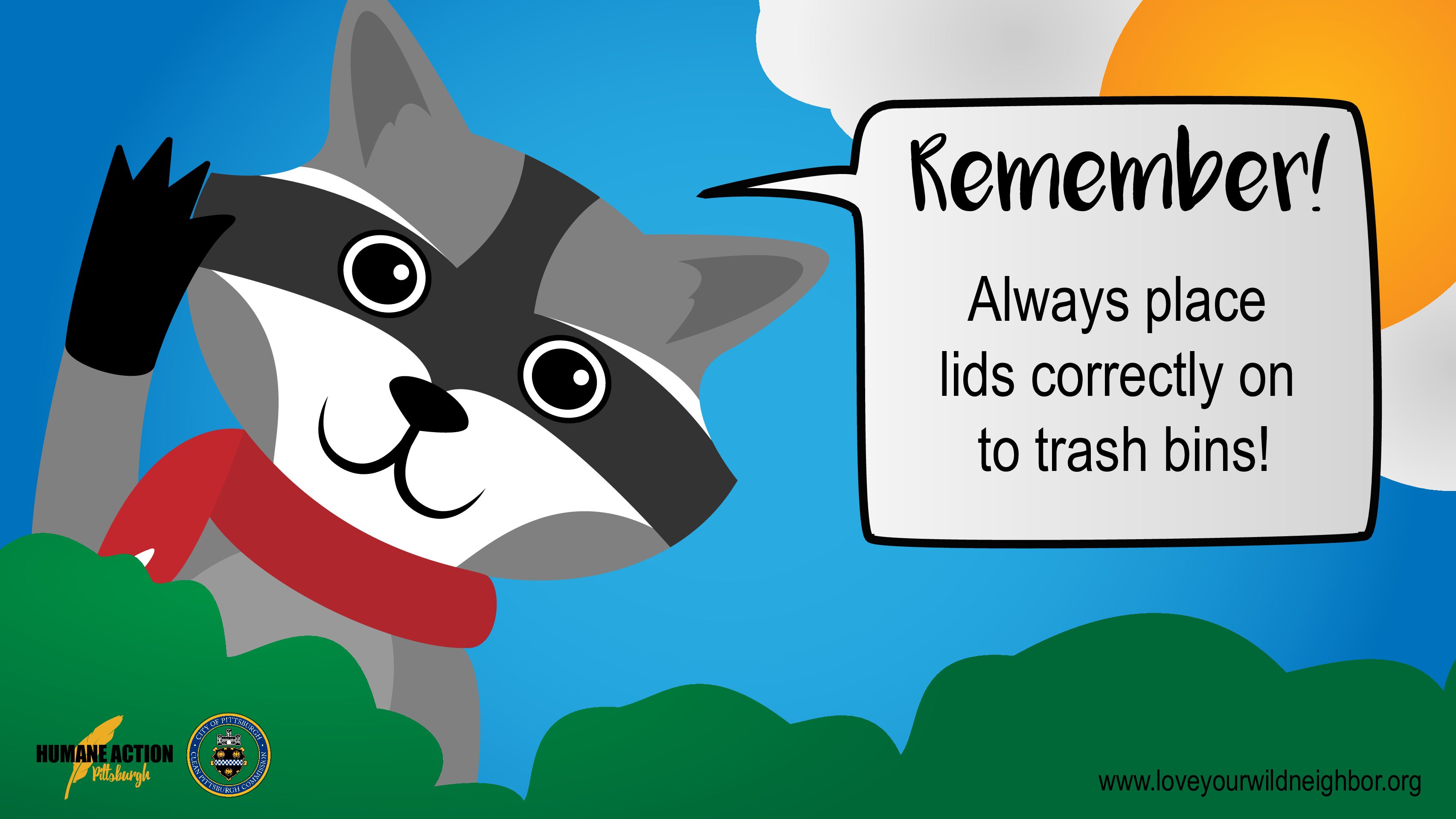 What is HAP Doing About It?

HAP continues to work with relevant city parties like 311 operators, the Pittsburgh Police Department, and those that answer phone call complaints at City Hall to ensure they pass on humane and effective solutions to residents complaining of wildlife conflicts. We plan to continue these conversations, but also have an educational campaign assisting residents directly.

HAP has hired EmMedia, a marketing firm specializing in brand and media strategy, video production, content creation, and inbound marketing. “HAP the Raccoon” and his friends will be seen by all of Allegheny County to teach people to “Love Your Wild Neighbor”! 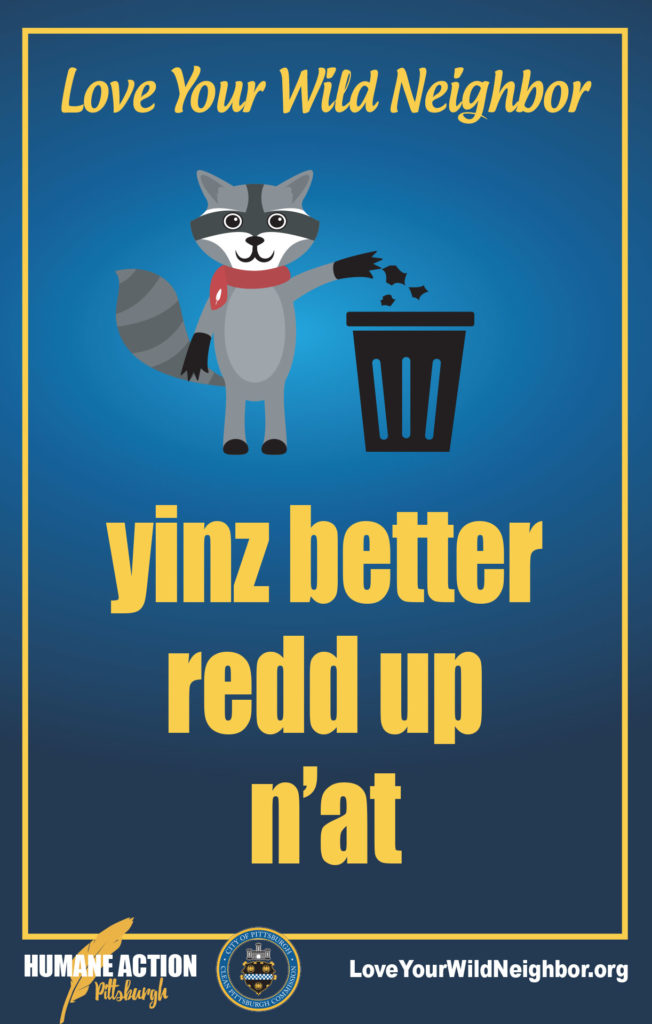 While HAP continues to apply for grant funding to support our educational campaign, donations from the public will ensure more and more people receive the message that trapping doesn’t work. Please consider donating to HAP to support this campaign, and sharing our message far and wide on your own social media!

For the latest updates on this project and others, come to our next meeting.